An independent structure, located 20 meters from the main cottage, it is suitable for couples or groups of friends. On the ground floor, it contains a living area with sofa-bed, 2 double bedrooms, 2 bathrooms and outside it has a porch entirely surrounded by a garden. 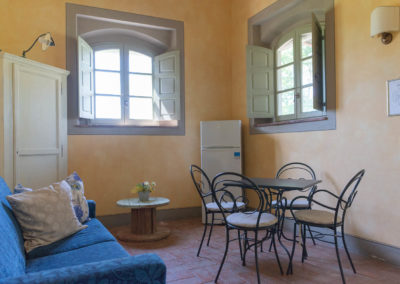 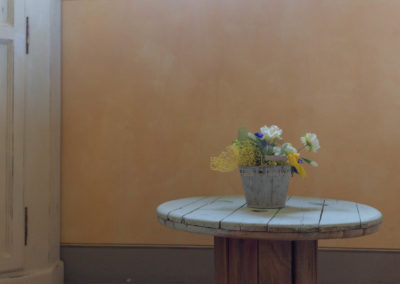 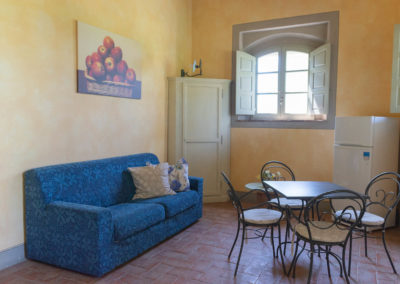 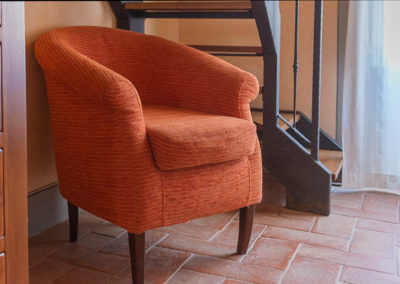 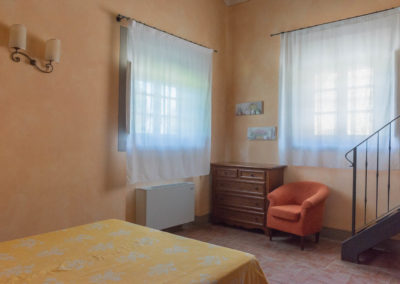 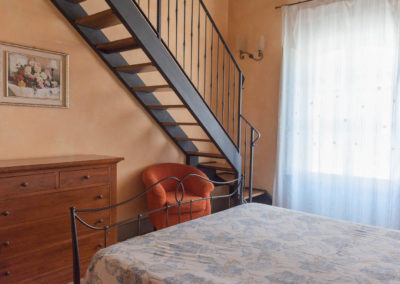 The window of the room faces towards Rigutino, a hamlet in the municipality of Arezzo (Tuscany), located in the Valdichiana, at the foot of Monte Lignano.
Already inhabited in prehistory, in the Etruscan period it saw the birth of some farms. Various villa-farms date back to the Roman period, including that of the Briccia family, from which it took its name which it brought up to 1000 (Bricianum). A statue of Silvano, the god of woods and borders, dates back to the Roman age and was found here around 1930. In the Middle Ages a castle was built, called “di Briciano”, but as it was located in Ruvetinum (a place infested with brambles) ) later this toponym supplanted the oldest one, giving origin to the current name of Rigutino. Interesting is the ancient Pieve di San Quirico, in La Sassaia, built towards the eleventh century and remodeled in the fifteenth century, as evidenced by an inscription on the external architrave. The parish church was built in the early decades of the 20th century.

Spend your holidays in the heart of Tuscany.
We are waiting for you at La Colmata!

Spend your holidays in the heart of Tuscany.
We are waiting for you at La Colmata!

We are part of the network

Any cookies that may not be particularly necessary for the website to function and is used specifically to collect user personal data via analytics, ads, other embedded contents are termed as non-necessary cookies. It is mandatory to procure user consent prior to running these cookies on your website.